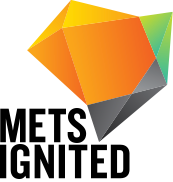 Environmental award in the sights for x-ray ore sorting technology

Mount Carbine operator Speciality Metals has been named as a finalist in the environmental category of this year’s Association of Mining and Exploration Companies (AMEC) awards.

The company is exploiting a 12-million-tonne waste rock dump from historical mining operations at the Far North Queensland tungsten site and also has a retreatment operation underway, extracting tungsten from old tailings.

In July, their work attracted a grant of $220,000 under the Queensland METS Collaborative Projects Fund, delivered by METS Ignited and funded by the Queensland Government.

AMEC chief executive officer Warren Pearce said the group had received a significant number of high-calibre nominations in all award categories this year.

The winners will be announced at the upcoming AMEC Awards Dinner on December 10 at the State Reception Centre in Kings Park, Perth.

Congratulations on the nomination and good luck to the consortium.